This post is going to boil down what nationalism is, how to predict its movements, and how to profit from it. You can apply this methodology to any asset and the larger the data set you utilize the more accurate your investment thesis will be. Let me show you this cool methodology so you have another tool in your toolbox.

The Imaginary Community and You: What is nationalism and why is it so profitable.

In 1983 the professional historian Dr. Benidict Anderson published his monumental book Imagined Communities: Reflections on the Origin and Spread of Nationalism. Anderson, a historian by education and a social theorist philosopher by trade, asks the two-fold question of what exactly is a nation and the byproduct, what is nationalism?

Imagined Communities traces the development of nations throughout the recorded history of man. Anderson’s thesis is that nations are an entirely modern phenomenon because of the concept of an “Imaginary Community” or a community that is imagined in the eyes of its members. It is impossible for each individual member of this community to interact with all other members of the community and as such the community is imagined as a cohesive element that the individual member can belong to.

This imaginary community is held together by traditions and beliefs that are passed down through rhetoric, a rhetoric Anderson describes as “print capitalism.” This rhetoric binds the community together and allows each member to interact with the other members by following this rhetoric. This rhetoric can take the form of speeches, iconography, rituals, or written works.

Nationalism therefore is the observable effect of the imaginary community “talking” with each other by interacting with this rhetoric. Nations don’t have to have geographical borders, standing armies, or even a tax base system. They simply must have this imaginary community of members who interact with each other through a shared rhetorical medium. 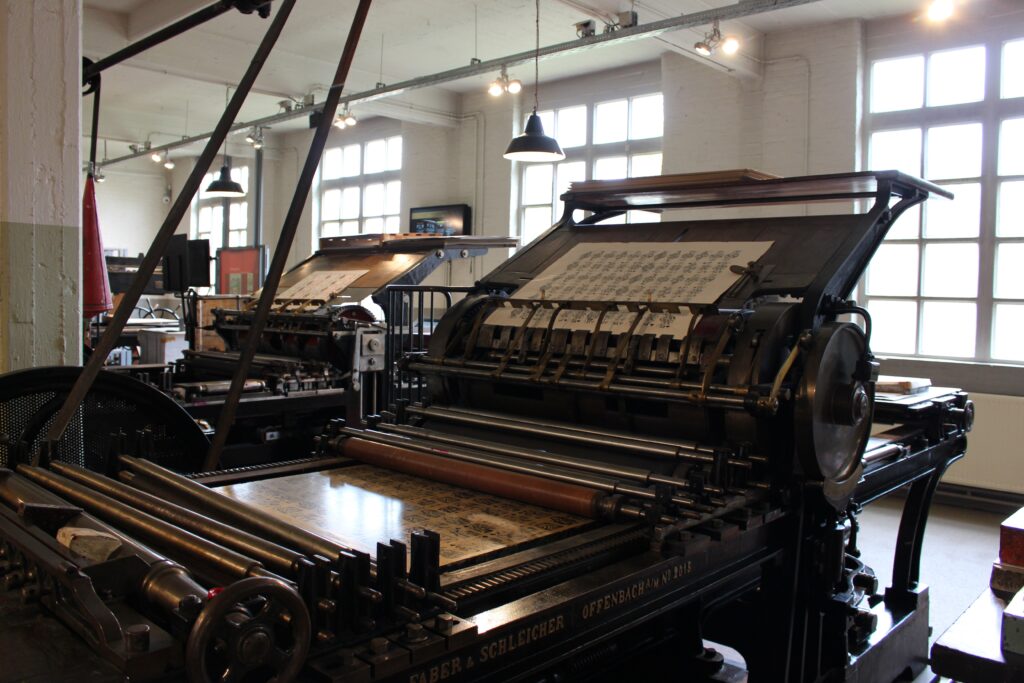 The printing press, the start of “print capitalism.” Control the rhetoric, control the world.

How to profit off the trend with an example.

For example look for a group of people interacting with each other through a shared medium. A typical example of this is sports teams. The most popular sport in the United States currently is American football. This sport has several teams with the New England Patriots being the most followed with around 4.5 million followers.

So how exactly do we position an investment to profit off the imaginary community? In this case we are looking at the entirety of American football, ask yourself how do the fans/members interact with the rest of the imaginary community through distilled rhetoric? One such main example is the television channels/streaming services that offer the televised game on their service.

In April of 2021 the NFL announced it had signed a deal with Hulu to provide premium streaming service access to most of its major games. Disney owns Hulu so we would be interested in acquiring their stock if our thesis is that the the U.S football sports imaginary community will drive revenue.(Citation: https://www.nfl.com/news/nfl-media-hulu-reach-multi-year-agreement-to-bring-nfl-network-to-streaming-plat) 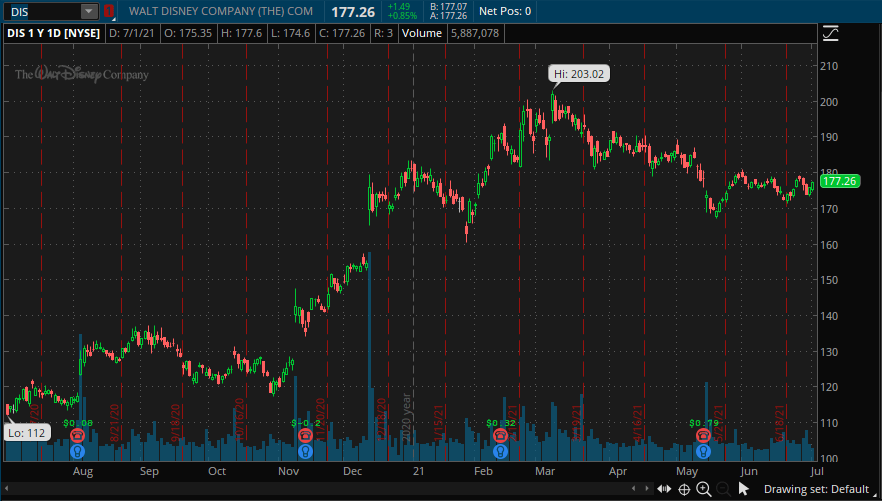 Investing in this streaming service is one way to capitalize upon the imaginary community but we can double dip into even more returns. Another example would be merchandising. $DIS covers some of the NFL merchandising but the major player in the merchandising space is a soon to be public company called Fanatics Softbank who in August of 2020 was expected to be valued at 6.2 billion when their stock hits the market in late 2021. (Citation: https://www.sportspromedia.com/news/nfl-merchandise-deal-fanatics-nike-ground-breaking)

If you can’t wait then you can invest in the parent company of Fanatics, Softbank who has a publicly traded ADR under the ticker $SFTBY. 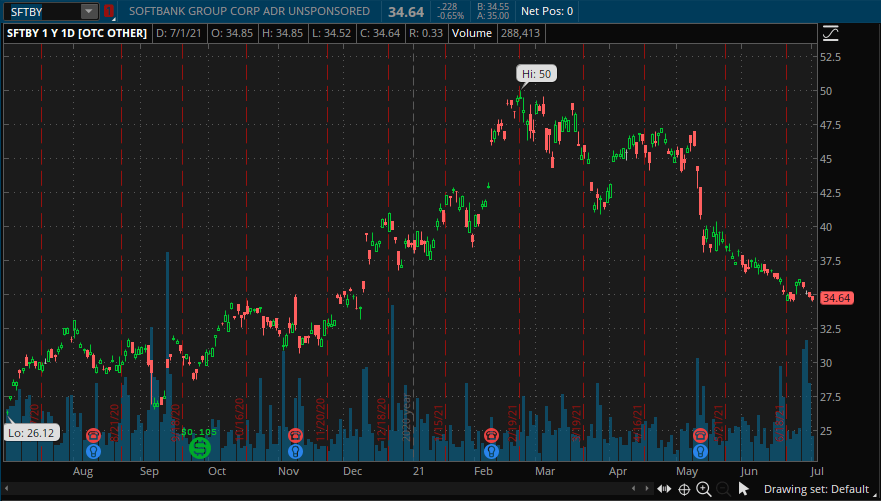 $SFTBY is a Japanese firm with lots of different holdings. 1 year chart (1 day)

If our investment thesis holds up and the imaginary community for U.S football sports holds true then an investment into merchandising is a good deal.

You can base an entire investment thesis around this concept of an imaginary community. Businesses who exploit this tend to have massive P/E for their industry as the imaginary community effect requires little upkeep and provides excessive surplus resources extraction from its members.

Learning how to invest in the imaginary community concept is another tool in your toolbox. Typically these investment’s take several months to years to come to fruition but when done properly you can see massive returns that far exceed normal market returns. Further, the closer you can get to the medium of rhetoric that the members of the imaginary community use, the higher the returns and the lower the risk.

Until next time, best of luck in your investing!